Home » Falconry In The Middle East: What’s The Fascination?

Falconry In The Middle East: What’s The Fascination? 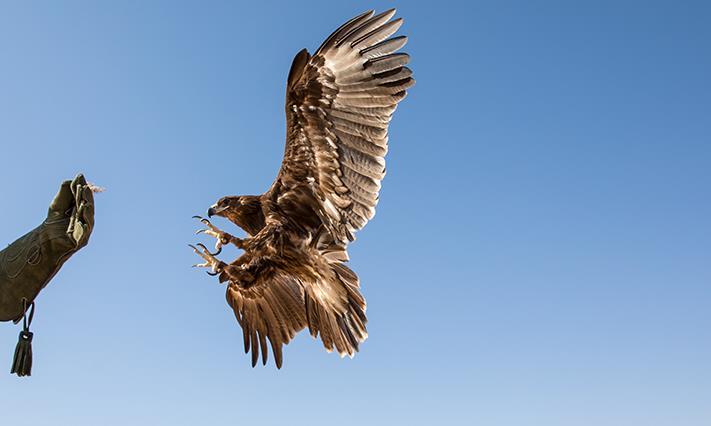 Falconry In The Middle East: What’s The Fascination?

An ancient hunting art perfected over thousands of years, falconry is a majestic sport that requires talent, intuition and passion. Over the years it has practically died out, but in countries such as the UAE it still reigns supreme, with many paying thousands and spending many hours honing their craft and training truly exceptional birds. Staff writer Hannah Stevenson explores the region’s continued love of bird of prey and why they remain a key part of many people’s lives.

Falconry is an ancient practice whose regal connotations go back centuries. Originally used for hunting, falcons were also a status symbol among the wealthy and influential. Today, thanks to the cost and time constraints of keeping these birds, as well as the licences required, falconry is not as common, and birds no longer hold the status they once did.

Despite the vast amounts of money, time and expertise needed to successfully keep, breed and hunt with falcons and other birds of prey, they remain incredibly popular in the Middle East, where many royals, wealthy individuals and even ordinary members of the public continue to enjoy flying falcons.

A few years ago a Reddit post showcased the true extent of the Middle East’s love affair with when a user shared a picture of a plane filled with hawks, allegedly owned by a member of the Saudi Arabian royal family.

Although the ownership of the birds is not verified, they symbolise the Middle East’s on-going passion for the sport. At the end of 2018 Today reported a 30% year-on-year increase in participation in the Sharjah Falconers Club Championship ‘ (Telwah).

Many may not be surprised by the Middle East’s continued fascination with falconry, particularly since many animals are still used as status symbols in the region. For example, camel racing remains a popular sport and many racehorses and pedigree dogs are owned by MEA residents who wish to use these animals as a symbol of their wealth and power.

Gary Timbrell, CEO of the International Association for Falconry and Conservation of Birds of Prey explores how falconry originally came to the Middle East and how far it has come over the years.

‘Western falconry almost died out. In from the Middle it gradually became the pastime of the rich, who then excluded the ordinary people. Then guns were invented that were a much more efficient method of getting food. By the 19th century, European falconry was hanging on by a thread. It struggled through the first half of the 20th century and then, in the £60s and £70s was hit with a sudden plunge in the peregrine falcon population.

‘In 1976 the late Sheikh Zayed brought together falconers and conservationists from all over the world to discuss two things: why the peregrine was in decline and how falconry and its traditional values could be revived. He was successful in both his visions: the falconers and conservationists worked together to discover the cause for the peregrine’s sudden demise (agricultural pesticides like DDT) and to restore the world population by captive breeding and release. Now there are more peregrine falcons than ever before in the history of mankind.

‘His Highness’ vision to revive falconry and its values also worked: first of all, he encouraged his own people to continue ancestral values, while enjoying the wealth that modernity brought to his nation. The fact that falconry had never quite sunk in the Arab countries to the low level it had in Europe, helped a lot.

‘Sheikh Zayed and his sons, their Highnesses Sheikhs Khalifa, Mohammed and Hamdan, were all instrumental in the 2010 inscription of Falconry on the UNESCO Lists of the Intangible Cultural Heritage of Mankind. Eighteen countries, led by UAE, are now part of this inscription and they will be joined in the next two years by at least five others. This initiative, which included the International Falconry Festivals in Abu Dhabi of 2011, 2014 and 2017, enabled falconers from up to 90 different countries, often countries where one or two falconers were just clinging to their passions, but sometimes from countries where authentic communities were still the falconry of their ancestors, to come together and discuss and work out ways to save their heritage.’

Thanks to the sport’s popularity in the region, it hosts many exhibitions and events, where international falconry fans gather to share their passion. Gary explains the excitement these events evoke.

‘In 2017 International Festival of Falconry, held in the Sheikh Mohammed Bin Zayed School of Falconry and Desert Physiognomy, near Remah, and in Khalifa Park in Abu Dhabi City, the values of traditional falconry were apparent on an amazing level, young people and old people mixing and learning from each other, 25-30 languages, people communicating even though they did not speak the same languages, no political or national differences, I have never experienced anything like it in my life.’

It is this shared passion and openness that is perhaps what sets the Middle East, in particular countries such as Qatar and the UAE, in terms of falconry. Whereas in Europe and America the sport is confined to a limited number of dedicated practitioners, in the Middle East there is a collective focus on falconry as a hobby, and it is this that has led the region to become one of the largest markets for falconry in the world. This passion for falconry offers businesses an insight into the mindset of the region, with its focus on prestige and heritage, and also provides many exciting opportunities for companies in this sector and many others to capitalise on the region’s passion for birds of prey. 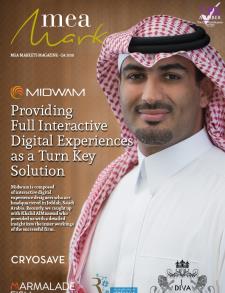