Research Suggests Cloud Interoperability and App Mobility Outrank Cost and Security for Primary Hybrid Cloud Benefits; Public Cloud Only is not a Panacea, 91% State Hybrid Cloud is Ideal IT Model 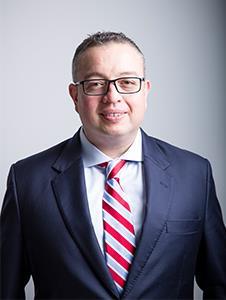 Nutanix, Inc. (NASDAQ: NTNX), a leader in enterprise cloud computing, today announced the findings of its first annual global Enterprise Cloud Index, measuring enterprise plans for adopting private, hybrid and public clouds.* The new report found enterprises plan to increase hybrid cloud usage, with 91% stating hybrid cloud as the ideal IT model, but only 18% stating they have that model today. The findings also revealed that application mobility across any cloud is a top priority for 97% of respondents ‘ with 88% of respondents saying it would ‘solve a lot of my problems.’ Additionally, the report found public cloud is not a panacea; IT decision makers ranked matching applications to the right cloud environment as a critical capability, and 35% of organizations using public clouds overspent their annual budget. When asked to rank the primary benefits of hybrid cloud, interoperability between cloud types (23%) and the ability to move applications back and forth between clouds (16%) outranked cost (6%) and security (5%) as the primary benefits.

Key Findings from the Middle East

‘         The Middle East runs slightly fewer workloads in traditional data centers and outpaces the global and EMEA regional averages in its deployment of hybrid clouds, with 22% penetration reported as compared to the global average of 19% and EMEA average of 17%.

‘         Today, the Middle East runs half (50%) of its workloads in private and hybrid clouds. However, in two years’ time, the region indicates plans to decrease its traditional data center workloads by more than half, drop its use of private clouds by 7% and increase hybrid cloud usage by the same amount. It also plans to increase its use of public cloud services by up to 10%.

‘         The Middle East ranks data security and compliance as the top benefit of the public cloud and as the top criteria for where to run its workloads, even more often than its peers in other regions Those priorities are followed by cost and performance, values that fall in line with responses from the rest of the world.

Nutanix commissioned Vanson Bourne to survey IT decision makers about where they are running their business applications today, where they plan to run them in the future, challenges in setting up their cloud environments and how their cloud initiatives stack up against other IT projects and priorities. The survey resulted in approximately 2,300 respondents from multiple industries, business sizes and geographies in the Americas; Europe, the Middle East, Africa (EMEA); and Asia-Pacific and Japan (APJ) regions.

In roles centered on agility and digital transformation, IT teams understand that runtime environments for enterprise apps change constantly. Respondents indicated a need for greater orchestration and application mobility across cloud environments, as they seek flexibility to move apps to the ‘right’ cloud on a more dynamic basis.  In addition, shadow IT practices that circumvent enterprise IT teams are posing a significant challenge to forecasting and controlling public cloud spend with well over half of respondents (57%) reporting one or more incidents of shadow IT.

Other key findings of the report include:

?     Security is top of mind for determining workloads: 71% of respondents surveyed for the report ranked data security and regulatory compliance as the top factor in determining where to provision their workloads. This was followed by performance at 62%, ease of management at 53%, and cost at 52%.

?     Finding hybrid IT talent is difficult: With clear benefits to a hybrid model, respondents say scarcity of hybrid experts is a challenge, with 54% claiming talent retention is part of the problem.

?     EMEA is expected to surpass the Americas with hybrid cloud adoption: Regionally, the Americas reported greater use of hybrid clouds now (22%) and within 12 months’ time (31%). However, the two-year outlook has EMEA (43%) surpassing the Americas’ hybrid plans (39%) and APJ (39%) catching up.

‘As enterprises demand stronger application mobility and interoperability, they are increasingly choosing hybrid cloud infrastructure,’ said Ben Gibson, chief marketing officer for Nutanix. ‘While the advent of public cloud has increased IT efficiency in certain areas, hybrid cloud capabilities are the next step in providing the freedom to dynamically provision and manage applications based on business needs. However, the findings of this study reveal an important gap in the market: organizations need IT talent to manage their hybrid cloud models, especially in the next 12 to 24 months.’

Aaron White, regional director, Middle East at Nutanix says, ‘It is clear that hybrid cloud is the future. Hybrid cloud capabilities constitute a growing necessity in the dynamic, digital business climate, in which enterprises demand the freedom to dynamically provision and manage applications based on business needs. Reaching this ideal IT operating model will require more comprehensive hybrid vendor solutions, as well as greater expertise in designing, building, and operating hybrid clouds.’

*For the purposes of this study, hybrid cloud ‘describes the combined use of at least one private cloud and at least one public cloud service, with some degree of integration between the two cloud environments.’ 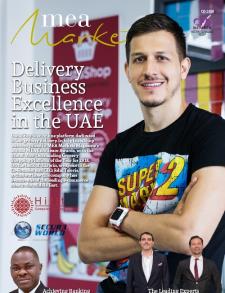