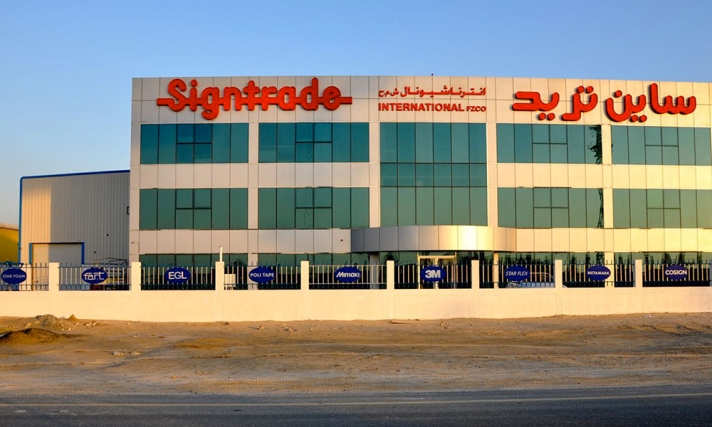 Dubai, UAE – International Expo Consults (IEC) part of Falak Holding, stated that Signtrade one of the oldest SGI Dubai exhibitor confirmed its presence at SGI Dubai 2018. For almost 30 years, Signtrade has continuously emerged as the market leader of the Signage Industry in the Middle East. Signtrade provides innovative and reliable signage technologies with unparalleled customer service, through a growing network, that spreads all across the Middle East, North Africa and South Asia.

SGI Dubai is one of the most eagerly awaited events of the year in the region to cater to the needs of exhibitors and visitors in the Signage, Outdoor Media, Screen and Digital Printing, LED and Textile Printing industries. The ‘SGI Dubai 2018’ show will be held from January 14th to 16th at the Halls 2, 3, 4, 5, 6, 7 and 8 at the Dubai World Trade Centre.

Sharif Rahman, CEO of IEC said, ‘We are delighted to state that Signtrade has continued its support with SGI Dubai. We are also pleased that the SGI Dubai 2018 show has been steadily selling out its floor spaces. The industry in the Middle East is growing at a rapid pace and we have seen a lot of interest from the exhibitors from across the globe. Leading names across the region and beyond have signed for the exhibition and will showcase the industries’ best kept secrets on the decisive three days. The journey so far would have not been possible without the support of all our esteemed exhibitors.’

Sign and Graphic Imaging Dubai (SGI Dubai) is an ideal converging point where visitors and exhibitors can reach out with architects, sign makers, print and production manufacturers, media agencies, real-estate developers, brand and image consultants among others. The event is a well-established business forum, which is recognised globally and constitutes workshops and seminars held by industry experts.

Talking about SGI Dubai, Yasin Merchant, Managing Director, Signtrade, stated, ‘We are pleased to be associated with SGI Dubai – one of the distinguished shows in the region. Our massive participation at SGI Dubai, spanning an entire hall, none-the-less manifests our commitment to the growth and success of the Signage industry, in the MENA region. But SGI Dubai 2018, is more special. In addition to Signtrade celebrating its 30th anniversary, we plan to exhibit the latest technical innovations and disruptive technologies, coupled with industry talks, to give our visitors an exceptional, valuable experience. Positive attitude in the backdrop of innovation is the key element that drives us, as we lead the sign, graphics and textile industry.’

Talking about the expansion history of the company, Yasin stated, ‘Our operations, are spread all over the Middle East, North Africa and South Asia, with state of the art headquarters in JAFAZ (Jebel Ali Free Zone), UAE and a flagship showroom in Dubai, along with 15 showrooms, all connected seamlessly through an comprehensive logistics network. In 2010, we expanded our reach to the African continent, through a facility in Nairobi, Kenya. Year 2015, saw our extensive growth in the South Asian markets with large facilities in Karachi and Lahore, Pakistan. Furthermore, in 2017, we plan to inaugurate our operations in Kuwait, thus finally completing our unparalleled network, all across the Gulf.’

IEC is the driving force behind the 21-year old ‘SGI Dubai show’, one of the most awaited exhibitions in the MENA region within the print, signage and imaging industries.

Sign and Graphic Imaging (SGI Dubai) is a key platform where visitors can reach out to exhibitors who comprise of architects, sign makers, print and production manufacturers, media agencies, real-estate developers, brand and image consultants among others. The show is a globally recognised business forum which entails seminars and workshops led by industry pioneers.

SGI Dubai 2018, is roping in exhibitors and trade visitors across the globe including, USA, UK, Germany, China and Japan, among others. The industries best kept secrets and trends are set to be unveiled as the 21st edition of the show is touted to receive thousands of visitors from different countries.

The exhibition is a one stop shop for the ever growing needs of signage (digital and conventional), graphic imaging, retail POP/SOS, screen and digital printing industries. Recognised as one of the pioneers in the trade shows in the region for over two decades, SGI Dubai showcases the current trends and technologies to a robust platform which brings thousands every year to the annual show.

The SGI Dubai 2017 show witnessed billion-dollar deal contracts which were signed at the three day show. The exhibition also hosted seminars and workshops conducted by industry experts. The show welcomed over 400 global exhibitors from across 36 countries spread over 22,000 m2 and registered over 40 new exhibitors. 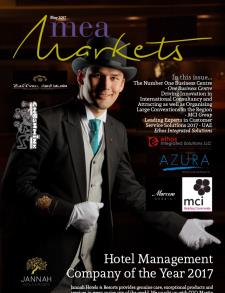