Iraq’s growing importance and influence in the international oil market was described in a speech by the CEO of the Middle East’s oldest private oil company, at the ‘Middle East North Africa Energy Conference’ at the Royal Institute of International Affairs (Chatham House) in London.

The conference session entitled ‘Iraq: Opportunities, Realities and Expectations’ also saw HE Jabbar Ali al-Luaibi, the Iraqi Minister of Oil deliver his keynote speech, in which he spoke of the progress made within the Iraqi energy sector despite significant challenges.

‘Iraq has been the fastest growing oil producer within OPEC in recent years and has achieved record exports of over 4 million barrels per day despite all the political, economic and security challenges facing the country,” said Mr. Jafar, CEO of Crescent Petroleum.

Mr Jafar also pointed out that ‘Crescent Petroleum, together with its partners, has invested over $2 billion over the last 10 years in Iraq, including over US$1.2 billion in the Kurdistan Region where have produced over 150 million barrels equivalent of gas and liquids in the past 8 years. This has fuelled affordable electricity for millions of local citizens, as well as savings of over US$15 billion in fuel costs for the government.’

“As a regional company we have demonstrated our understanding of local market needs and our ability to execute projects in Iraq in a cost-effective and timely manner.  We look forward to expanding our investments and operations in all parts of the country in the years to come,’ he added.

It also examined ways in which Iraq can move forward its oil and gas plans in the prevailing security and market context, as well the long-term potential in Iraq’s upstream sector, how increased foreign investments can be unlocked and the prospects for diversifying Iraq’s oil-based economy in the current economic climate.

The annual Middle East North Africa Energy conference at the Royal Institute of International Affairs (Chatham House) in London was held on 23rd & 24th January and brought leading officials, experts and executives from the region to share the latest information and opinions on the issues facing the energy sector including oil prices and investment policies. The conference featured speeches from the Iraqi Minister of Oil and the Egyptian Minister of Petroleum. 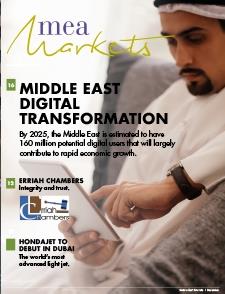