Home » The Abraaj Group Acquires a Stake in Indorama Fertilizers

The Abraaj Group Acquires a Stake in Indorama Fertilizers 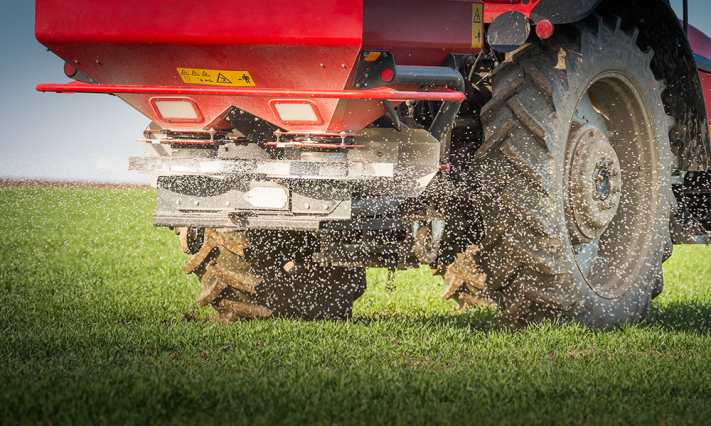 Lagos, Nigeria, 13 October 2016: The Abraaj Group (‘Abraaj’ or the ‘Group’), a leading investor operating in global growth markets, today announced that it has acquired a minority stake in Indorama Fertilizers B.V. (‘Indorama Fertilizers’), the largest urea fertilizer manufacturer in Sub-Saharan Africa, through its Funds. The stake was purchased from Indorama Holdings B.V. Netherlands, a wholly owned subsidiary of Indorama Corporation (‘Indorama’), one of the world’s fastest growing petrochemical companies with operations in Asia, Africa, Europe and North America.

Indorama Fertilizers operates a world-class, 1.4 million metric tonnes per annum urea manufacturing facility based in Port Harcourt, Nigeria. The plant has been developed to global environmental, social and construction standards. It plays a key role in supporting the agricultural sector in Nigeria by providing a reliable supply of fertilizers for local farmers, thereby enabling import substitution and supporting the diversification needs of the Nigerian economy. Indorama Fertilizers is also advantageously located to serve neighboring West African countries and key Western hemisphere markets, including North America, South America and Europe.

The fertilizer industry is expected to experience long-term demand growth as increases in populations and incomes drive demand for food. Urea is the most widely used fertilizer globally and continues to grow in market share due to its high nutrient content and ease of handling and storage. Within this context, Indorama Fertilizers is uniquely positioned to become a global fertilizer leader, given its execution capabilities, competitive production costs, and the strength of its management team. Indorama Fertilizers will establish Nigeria’s reputation as a key producer and exporter of fertilizer, channeling foreign exchange into the country, while also enabling Nigeria to meet the significant requirements of the domestic fertilizer market.

Abraaj, which has been investing in Africa for the past two decades, will use its expertise and networks to support Indorama Fertilizer’s market penetration and future expansion plans, as well as help ensure best-in-class corporate governance.

Commenting on the investment, Arif Naqvi, Founder and Group Chief Executive, The Abraaj Group, said: ‘This is a landmark transaction for Abraaj in Sub-Saharan Africa. We are privileged to be partnering with Indorama Corporation to create a global fertilizer leader in Africa. Since establishment, Indorama Fertilizers has led the local market in an industry characterized by high levels of demand and insufficient supply of quality fertilizer in the region. Having successfully invested in the fertilizer business in North Africa, we look forward to leveraging that know-how and working with the management team in developing the company’s route-to-market infrastructure, build its network and support its capacity expansion and product diversification plans in the region.’

Commenting on the investment, Sri Prakash Lohia, Founder and Group Chairman, Indorama Corporation, said: ‘We are pleased to welcome The Abraaj Group as an investor in our fertilizer business as we endeavor to create a world-class manufacturing and distribution network for fertilizers in the African continent, to meet the needs of underserved farmers and help propel the growth of the agricultural sector even further.’

The Abraaj Group has been present in Africa for two decades and deployed c. US$3 billion on the continent to date in a range of sectors including healthcare, financial services, logistics, consumer goods, and food and beverage. In 2015, Abraaj raised US$1.3 billion for its Africa focused-Funds.