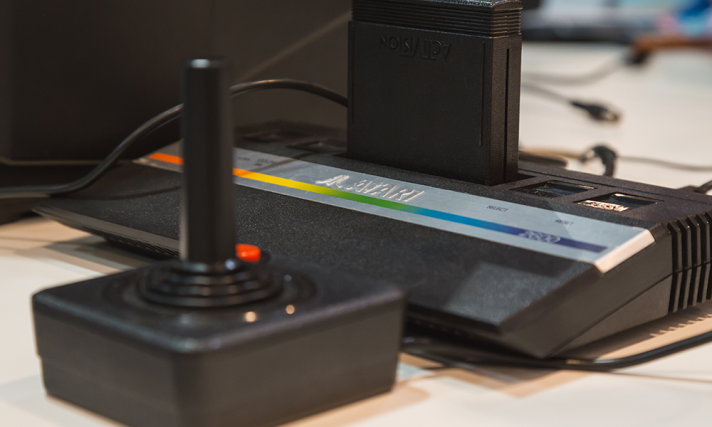 Atari founder Nolan Bushnell, known as the founding father of the video games industry will be present at the DEAL 2016 show. The 22nd edition of the show is set to open doors on the 19th of this month and will go on till the 21st at the Dubai World Trade Center. Nolan will be at the Mantech stand during the show and will meet the gaming enthusiasts during the largest amusement industry trade show in the Middle East and Africa.

‘We always expect groundbreaking innovations at the DEAL Show 2016. The virtual reality technology boomed in mid-2015 and continues to boom and has become more accessible in 2016, fusing the elements of 3D mechanization with imagery. We are honoured to welcome Nolan Bushnell at the DEAL Show, a man who has made his mark in the gaming industry,’ says Abdul Rahman Falaknaz, Chairman of IEC, the organizers of DEAL Show.

Mantech, the creator of one of the largest FECs in KSA and also a DEAL Show 2016 exhibitor, will unveil ‘Virtual Reality Gaming Cube’ and ‘Virtual Dodgeball’, two of the most advanced and immersive gaming products in the market today. Market research firm CCS Insight revealed that the global virtual and augmented reality sector will rake in US$4 billion by 2018.

‘We are very pleased to have Nolan Bushnell as our guest at DEAL. I met Nolan through his son, Wyatt, when we were closing the Virsix deal and his wisdom seems infinite. Listening to his experiences and advice is an invaluable asset. It’s always a joy and a pleasure to be associated with a true legend in gaming. We are excited and looking forward to DEAL 2016 and beyond,’ stated Fahad Fouad Bubshait, CEO of Mantech.

Founded in 1972, Atari is a pioneer in the arcade and video game industry. ‘Indeed, Atari redefined today’s electronic entertainment industry and with Nolan’s unmatched prowess, we are positive that the Virtual Reality Gaming Cube will also stamp its mark in the gaming history,’ added Fahad.