The increase in the number of young entrepreneurs and new start-ups being seen in the United Arab Emirates and the Middle East in general, offers the market an opportunity to utilise one of the seldom used Islamic financing structures, Mudaraba. The prevalence of what was once regarded as the back bone of Islamic finance, profit and loss sharing (‘PLS’) and which is the main concept underpinning the Mudaraba structure, has seen a consistent decline and almost depletion in spite of efforts of many Islamic scholars and institutions to realign the current trends in Islamic financing principles with a true participation by Islamic investors in the performance of the projects to which they seek economic exposure.

Mudaraba is one of the original forms of Islamic partnership finance which gave the most credence to the principles of PLS. However, the demise in its implementation is largely due to the more attractive alternative Islamic financing structures that are available and generally the prevalence of the conventional interest-based or bench-marked funding structures which we see today. Whilst the principles of Islamic partnership are guided by the need for equitable and just treatment their conventional counterparts are less concerned with such principles hence have seen an increase in their implementation. However, the need to nurture and facilitate the growth of new start-ups and venture capital opportunities in the UAE itself is something which can refocus the use of Islamic partnership and financing structures going forward and hopefully could be the starting point for the revival of structures such as Mudaraba.

The UAE Islamic finance market has seen significant growth and renewed interest from many corners of the world, particularly from conventional banks and investors looking to diversify their investment portfolios and delve into Islamic financing opportunities. Additionally, the rise in the number of young entrepreneurs and investment opportunities in the UAE and, in particular Dubai, is a positive indicator for the UAE economy and the businesses that are established there.

In particular, the UAE has recently advocated many initiatives and programmes to cultivate entrepreneurial growth and start-ups in the region including, but not limited to, the ‘Entrepreneurs Development Program’ (Tejar Dubai) and the ‘Mohammed bin Rashid Establishment for Young Business Leaders’ (Dubai government) as well as more established programmes such as the ‘Emirates Foundation’ who are based in Abu Dhabi and promotes projects to improve the welfare of youth across the UAE. Additionally, there have also been sporadic efforts by some professional investors to form ‘angel investor’ clubs to assist new talent in the market although this is yet to become commonplace.

Whilst the breadth of opportunities for new start-ups has increased, the venture capitalists in the UAE also have a duty to facilitate and translate these opportunities into reality. There are many ways this can be achieved but we will highlight a couple of the Islamic structures that can be used to do so and also how businesses, including law firms and service providers, can assist in this vision.

Investments by private individuals and/or companies can take two main forms: passive investment or active investment. The former denotes an investor who contributes capital to a venture and receives a return on such investment but otherwise has little influence in the day-to-day management and decision-making of the venture ‘ this is particularly common where an entrepreneur has a business idea but little or no finances to implement the same hence needs to source funding from venture capital funds or wealthy individuals. The latter is a more ‘hands on’ investment with decision making and returns being shared amongst the parties (in varying degrees). The main structures that can be implemented to promote venture capital opportunities in an Islamic manner in the UAE are those of: (i) Wakala (agency); or (ii) Mudaraba (partnership), which are discussed in more detail below.

The principle of Wakala is an Islamic financing technique whereby an agent acts for and on behalf of the ‘principal’ for an agreed Wakala fee.

This can also be achieved through specific venture capital funds whose objectives are in line with the initial investors objectives. In such cases the objects of the venture capital fund will only permit them to invest in limited types of ventures. Ultimately, the fund will be acting on behalf of the investors as if such investors were the parties’ privy to the underlying legal documentation themselves. This Wakala structure can then be use by the fund to on-invest with new start-ups.

However, whilst the Wakala structure is often used in such funding structures, it leaves investors with no equitable interest in the underlying venture itself (even if they are entitled to performance fees) which is where Mudaraba financing structures could be seen as a more attractive alternative.

Mudaraba ‘ A form of Partnership

Typically, in a Mudaraba partnership, an investor (a ‘Rab Al Mal’) provides the funding for an entrepreneur (a ‘Mudarib’) to create, manage and grow an investment where the Rab Al Mal has little or no right to participate in the day-to-day management of the investment/venture. This clear demarcation occasionally blurs where venture capitalists participate in certain strategic decisions of the venture but otherwise they often leave the Mudarib to proceed as they believe fit (subject to pre-agreed investment policies and guidelines) ‘ this also avoids the stifling of operations of the venture through micro management by the Rab Al Mal.

Ultimately, if the project or venture results in a profit this is shared in a pre-agreed ratio between the parties and if there is a loss the Rab Al Mal bears such loss solely. The Mudarib in such instance is considered to have lost the effort exerted by them in the venture and the opportunity to share a possible profit hence does not share any financial losses. Nonetheless, in some instances, if the loss was a direct result of the negligence of the Mudarib and the Mudarib had not taken the necessary degree of care expected of them in managing the investment they will then also be liable for the financial losses. In general, however, the concept in Mudaraba structures is less PLS and more profit-sharing-and-loss-bearing for the investor.

The Mudaraba structure can be applied in one of two main ways: directly between the ultimate investor/s and entrepreneur; or through an intermediary such as a fund who would act as the Rab Al Mal on behalf of the investor/s, thereby the intermediary would have full legal rights in the venture. Using such intermediary provides both the investors and the start-ups with higher prospects for success in the investment/venture as the intermediaries help facilitate and create opportunities for both parties by finding the right investment for the Rab Al Mal whilst getting the required funds for the Mudarib to bring their idea to fruition.

It should be noted that unlike other Islamic financing methods no security needs to be provided by the Mudarib to the Rab Al Mal, as the Rab Al Mal has a direct stake in the underlying investment. This could be seen as a very attractive model to new entrepreneurs as no collateral apart from the venture itself will need to be put forward ‘ this could ultimately assist to foster the growth of new start-ups and entrepreneurial talent in the UAE.

It is apparent that many new start-ups often suffer from poor advice, lack of funding and a general lack of knowledge of the market in which they operate, including the financial structures available to them and their ventures. In a relatively young market, it is imperative that the UAE try to manage such issues and cultivate growth of home talent in the correct manner at the outset. Hence the obligation to do so should go beyond government and national initiatives and should fall to and be promoted by those companies and businesses which are contributing to and seeking the prosperity of the economy in which they operate ‘ all businesses in the UAE.

To this end, many local and international law firms are spearheading pro bono initiatives to promote home-grown talent and entrepreneurs in the UAE. As an example, Morgan Lewis has recently established a legal clinic to assist regional start-ups, that do not have the means or resources to obtain professional help in incorporating their businesses, managing their legal affairs and raising capital. The aim is to promote local talent and also ensure the interests of the start-ups are better represented without investors taking undue advantage of the bargaining power they may have over entrepreneurs.

Nonetheless, the efforts of a few will not see a significant change in attitude and a more concerted effort needs to be made on a wider scale if Dubai and the UAE are to attract global investment and venture capital firms and to perform as a full scale global financial hub as the government has envisioned. 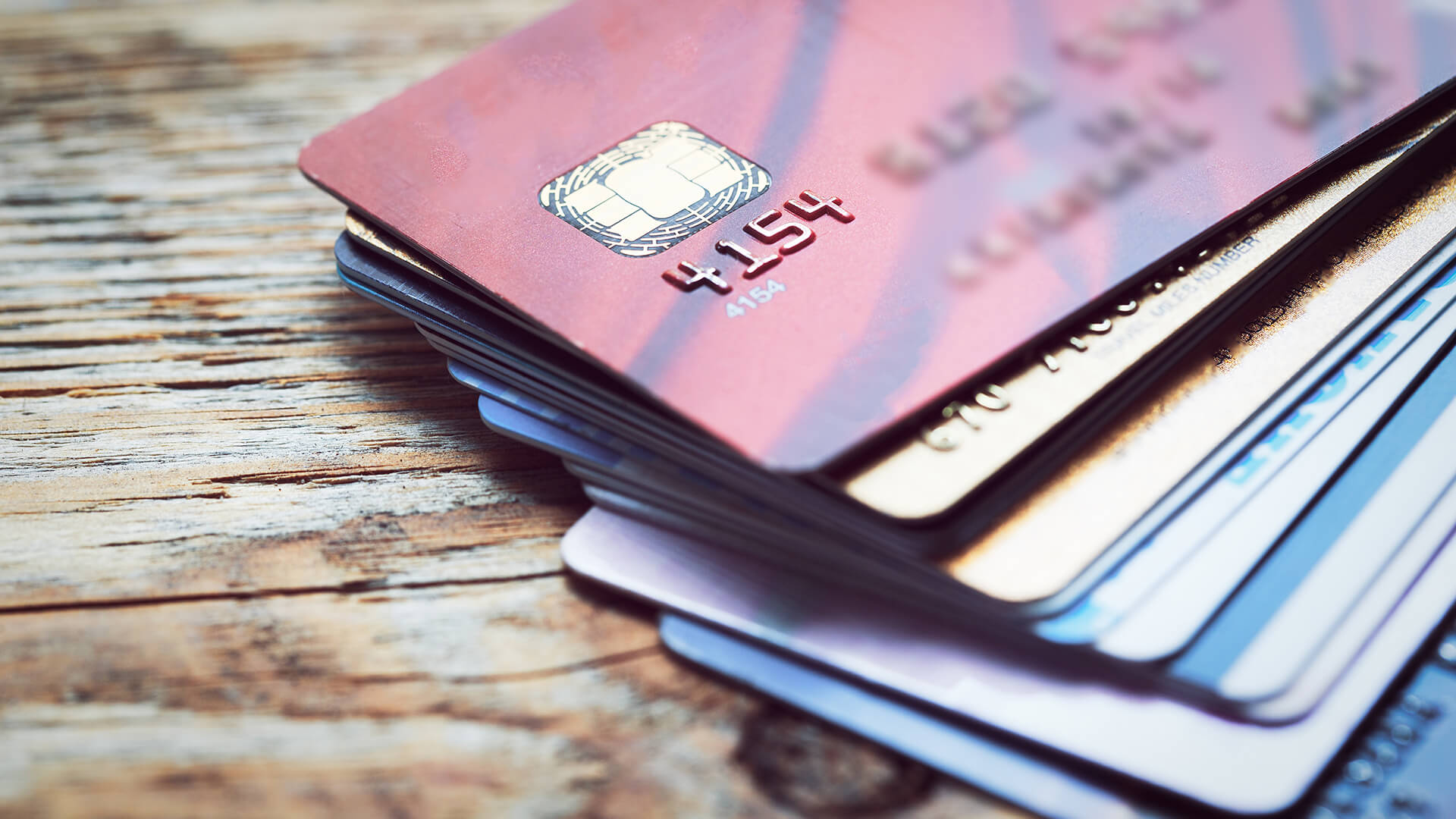