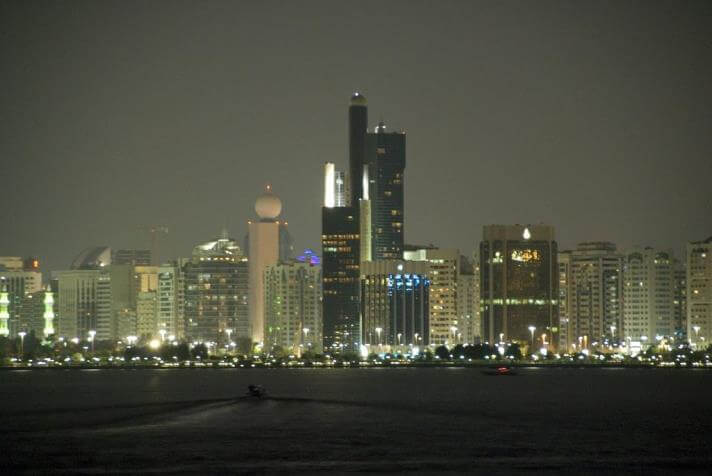 Emirate Serves as the Smart Government Role Model for All Nations in the Region to Replicate.

For almost a decade, Abu Dhabi, United Arab Emirates, has typified smart government’primarily due to its wide application of geographic information system (GIS) technology across the enterprise. As such, Abu Dhabi will host the Esri Middle East and North Africa User Conference (MENAUC) to commemorate the emirate’s success and propagate the smart government model throughout the region.

“I am proud of how far the Abu Dhabi Spatial Data program has come since its inception in 2007, growing to more than 70 stakeholders who contribute to the development of the emirate,” said H. E. Rashed Al Mansouri, director general at Abu Dhabi Systems & Information Centre (ADSIC). “Here in Abu Dhabi, GIS has provided us [with] the tools to plan effectively and comprehensively, make informed decisions, and carry out the results of those decisions in a coordinated and efficient way. Everyone who attends the MENAUC comes with the singular mind-set of improving life for end users through GIS technology. It is an inspiring event that pushes all of us to think creatively and execute efficiently in the years ahead.”As the natural tool to exploit the power of location, GIS can benefit nearly every government, industry, and sector regardless of size. It allows governments to realize their smart objectives by improving efficiency, communication, and decision making. Keynote speaker and Esri president Jack Dangermond will open MENAUC by showing how GIS as a location platform underpins the planning, operations, and management of smart communities, including transportation, social services, public safety, economic development, and citizen engagement. Being the standard bearer for geospatially enabled government, Abu Dhabi will be at the forefront of Dangermond’s address.

“One of the most thrilling achievements of my career has been Esri’s collaboration with Abu Dhabi to create a spatial data infrastructure [SDI], which drives ADSIC’s vision to serve Abu Dhabi’s citizens with spatially enabled e-government services,” said Dangermond. “Government GIS expresses all that data in maps, connecting the divisions of government and engaging all participants for fully informed decision making. That’s what we call ‘future proofing’ and what makes organizations resilient to the inevitable flux of a dynamic world. Abu Dhabi perfectly exemplifies that integration model.”

Examples of smart government initiatives in Abu Dhabi include the New Unified Addressing and Wayfinding System, or Onwani (“My Address”). Onwani is a smart addressing system that makes navigation and location finding easier than ever. Previously, a formal addressing system didn’t exist in Abu Dhabi, so Onwani was initiated based on international best practices. An example of smart technology is the Quick Response (QR) Code that will be placed on every street sign pole and building and can then be scanned using smartphones to reveal details about the location. The Onwani system meets many key smart government objectives, such as improving emergency response times, reducing travel times and environmental impact, and stimulating economic development.

Another example of geospatial enablement is the Abu Dhabi Department of Transport (ADDOT). ADDOT released a smart mobile app called Darb (“path” or “road”) that provides real-time data via maps showing traffic jams and accidents. Darb allows motorists to choose alternative routes and navigate the city more easily, and it includes a feedback feature that engages citizens to report infrastructure problems, such as downed light poles. The app has already had a positive impact on transportation and quality of life in the emirate.

Having a geospatially enabled government has had such a beneficial impact that GIS has become a required curriculum for all K£12 students in the Abu Dhabi school system.

Dangermond’s address will highlight the above-mentioned examples (and many more) and be followed by a presentation by Khawla Al Fahim, executive manager of ADSIC and the key figure who supervised and oversaw these geospatial advancements. Fahim will detail the benefits of smart government and present the next step in Abu Dhabi’s journey to become a smarter and more resilient emirate.

Many other users from around the region will also present at MENAUC about their transition to smarter government. As the stories of those successes are told, the number of local and national smart government models will multiply exponentially.