2016 Report to Explore Opportunities in Dubai 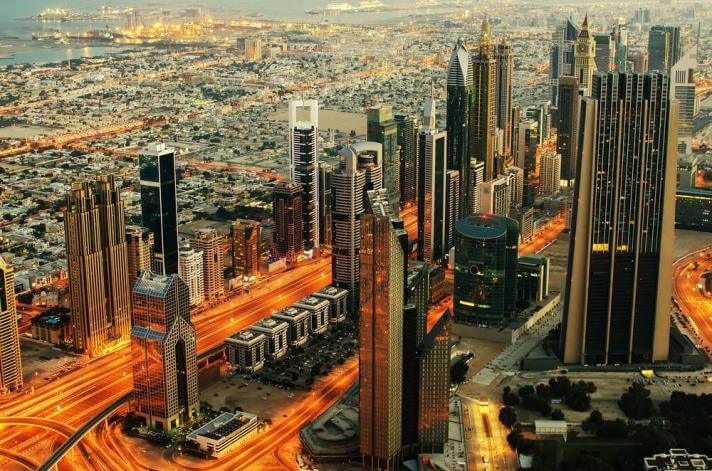 Dubai – Positive outlook for the economy and investment opportunities in 2016 will be given wide-ranging analysis in a forthcoming report to be produced in Dubai.

The international publishing, research and consultancy firm, Oxford Business Group (OBG) has brought in a new team to start conducting a new important edition on the country’s latest economic developments.

Nihan Alan takes on the role of Country Director in Dubai, working alongside Marc-Andr’ de Blois who is the group’s new Editorial Manager in the emirate. They will lead the Group’s research operations for The Report: Dubai 2016 that will contain a detailed sector-by sector analysis with an emphasis on the most significant economic segments.

The Editorial Manager highlighted that “global trade is accelerating its move towards the East and Dubai successfully positioned itself at the heart of it, over the last few years”.

“By continuous efforts on the fronts of innovation, efficiency and sustainability, the emirate of Dubai is on the right track to secure its regional leadership and comparative advantages as a starting point to do business and to further integrate with other global hubs”, he said.

According to the Country Director, “in these very interesting and challenging times for the region, Dubai’s macro-economic environment is unfolding and responding quite positively to global changes.

With the implementation of the National Innovation Strategy (NIS) by the authorities this year, technology, innovation and sustainability are becoming a much greater force for growth and a comparative advantage for Dubai to always remain ahead of the game and ready to address the challenges of today’s global economy. Dubai can capitalise on strong relationships with organisations and multinationals from a wide range of sectors in order to remain competitive and continue to diversify its economy, with an increased focus on technology and human capital.”

Nihan Alan, Country Director, has been working for OBG in the GCC region for more than 5 years and is returning to Dubai this year, after spending two years working on annual our economic research in Qatar. Ms Alan was the Country Director in Dubai back in 2011-2012, with the re-opening of the Dubai economy, and she’s glad to take part to the new edition of The Report: Dubai.

Thorough knowledge of governing and trade structures in emerging countries, Marc-Andr’ de Blois, Editorial Manager, has been working with Oxford Business Group (OBG) for more than seven years across the Middle East and Africa and he is thrilled to return to the region and with the company after having worked for 3 years as the Press Secretary and Spokesman of the Minister of Culture and Communications and the Chief of the Official Opposition in Quebec, Canada.

The Report will feature key exclusives viewpoints and interviews from the local and international government officials and business leaders.

The new publication on Dubai’s economy will assess trends and developments across the economy including macroeconomics, infrastructure, financial sector, real estate & construction, tourism and other sectoral developments. The publication will be available in print or online.